The Park of Nothing

Yesterday whilst coaching an old friend she told me that her friend’s children’s favourite place to spend the day was an open space near where they lived, which they named ‘The Park of Nothing’. Rather than the terrifying existential wasteland this concept might present for adults, these kids revelled in total absence of distraction which gave their imaginations free reign.

We’re often terrified to visit the ‘Park of Nothing’ as adults, filling any down time with ‘busy stuff,’ ‘worthy stuff’ and just plain junk (I say this as a woman who has finally given up on Married at First Sight Australia when she realised that episode 20 was the halfway point).

But something quite magical can happen in that space. Like the pub game the drama teachers used to get us to play where you took an object off the table and acted out a new use for it for others to guess – literally hours of hysterics!

Or the things you think of to entertain yourself when there’s a power cut or the internet goes down.

Or the moment of clarity you get lying on a sunbed on holiday because you gave yourself permission to just sit and think for an hour or two.

Or what happens in a coaching session when you give yourself an uninterrupted hour to get your thoughts out of your head and into a plan.

I’m going to be paying a trip to the Park of Nothing this weekend – see you there? 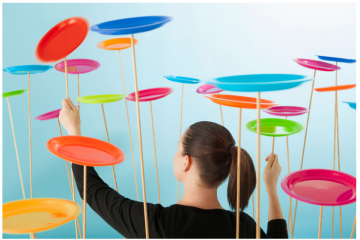 Multi tasking – the scourge of the modern woman?

I have never seen myself as clumsy but after I broke the third precious item belonging to my housemate, she took me one side and asked whether it might be beneficial for me (and her Read more… 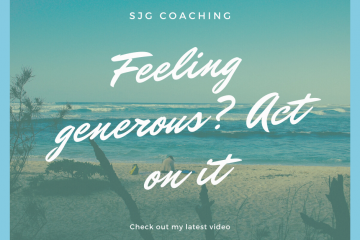 Feeling generous? Act on it

Thanks to Oliver Burkeman whose brilliant ‘Imperfectionist’ newsletter inspired this post. 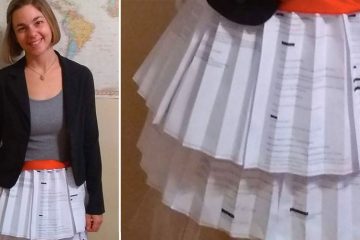 Absolutely love this! Career change and setting up a business are pushing all my ‘don’t do it wrong’ buttons so seeing Caitlin Kirby in her ‘rejection skirt’ really fired me up. As a teacher I Read more…